Ice Cream – everyone one loves it…right? 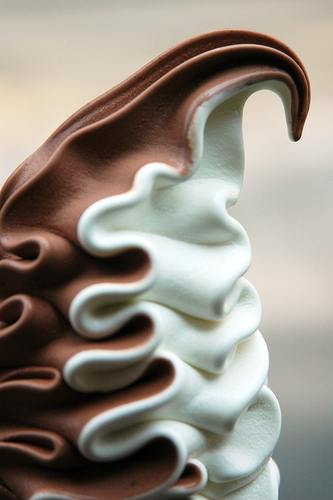 Once upon a time there was an ice cream shop. Now, everyone loves ice-cream (at least in this story) it is part of life from early childhood through all stages of life. So there were many shops selling ice-cream (IC) for obvious reasons.

Eventually some people got tired of pretending they were into vanilla and dared to explore another flavour – dark and mysterious – it was called chocolate! It was still IC wasn’t it? There were some shop owners who refused to stock this new flavour calling it an abomination. Some quietly did but espoused that Vanilla was still the traditional flavour everyone naturally prefers.

It wasn’t long before stories were developed to explain why some might prefer chocolate, something had happened to them at birth or in early childhood to scare them off vanilla, they were born that way, and therapies developed to help people return to the correct flavour.

Resistance came for those who now identified chocolate as a real and preferred flavour that whilst not as common as Vanilla was no less legit. Many snuck chocolate under vanilla and developed ways to blend in with other IC eaters in public to ensure they could maintain their standing amongst their peers. But they longed just to be able to enjoy their IC openly but know the risks.

Still chocolate persisted in fact it started to appear in all sorts of ways, chocolate chip, chocolate coating, cones, ripple, and as more and more awareness grew around some of these other combinations some people who had spent their life only experiencing Vanilla realised they were curious and attracted to the notion of other flavours. Not all of them sampled but it was in their consciousness.

Many rejected these emerging flavours again as deviations and would punish public displays of chocolate. In fact theories around how you could tell if someone was into chocolate emerged with the some calling for schools to ensure vanilla was definitely the only choice offered and if chocolate was mentioned that this would be trying to force and convert impressionable children to the ‘dark side’. Some countries went as far to make chocolate illegal.

All sorts of panic and social problems were blamed on the arrival of chocolate. There were claims that the presence of chocolate somehow diminished the value of Vanilla, that too many choices was a danger to the very fabric of society. Those who didn’t like any form of IC were left out in the cold completely whilst chocolate became associated with other behaviours. Parents hoped their children would grow up to like Vanilla and would go to extreme lengths to make sure they steered them in this direction as they worried what future they might have and what their friends and family would think of them. Some would ask their children not to eat in public, or at family gatherings.

A strange thing happened later where upon meeting another intelligent species in the universe and offering up IC as an explanation of the ways humans define themselves, the visitors shrugged and said ‘whats IC’? They were perplexed as the world seemed to be in the throws of catastrophic demise and here this species was making a fuss about IC? They carefully but gently pointed this out but were instead handed an ice cream…