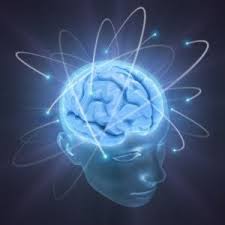 When you watch someone die knowing they were addicted to socially acceptable legal substances like alcohol and tobacco there is a hollow sense of irony. The questions I am left with are more about how substances are seen as harmful or helpful.

We like to feel good, we seek excitement, we like things that give us experiences, sensations and states that are enjoyable – we are drawn to them naturally. Funny thing is if you look into it, all species are into altered states. I’m not kidding. Young dolphins have been known to seek out poisonous puffer fish, hold them in their mouths then release them in order to experience the effects of the toxins. There are numerous examples in nature of this phenomenon of ‘getting out of it’.

It’s interesting to look at the history of some substances and how they have been seen by cultures and societies depending on their perceived usefulness. From shemanic rituals to religious experiences, traditional herbal medicines to pharmaceutical medical applications, there are histories and knowledges that have allowed some to come through seen as ‘good’ and some as ‘bad’.

You can do your own research about substances from all sorts of perspectives and evidence but the question remains about choice and control. I still struggle with the idea that we can watch people smoking and drinking, advertise alcohol, have it in movies and t.v. while those desperate to seek treatment for seizures with cannabis oil are denied access under our current law. It’s like our eyes are wide shut when it comes to rethinking drugs and alcohol.

But ultimately I think about my uncle who represented Wales in Trampolining in the 1960’s and how he was a thrill seeker. How he replaced one buzz for another but because they were socially acceptable and normalised few people probably expressed concern. I will finish with a question written by Carl Sagan 24 years ago about the war on drugs in America;

That question really does blow my mind.

One response to “What’s the buzz?”